We Need a Constitutional Amendment

So when the court's 2010 decision in Citizens United v. FEC ruled that limits on campaign contributions were unconstitutional, it invalidated virtually all the campaign finance laws already on the books and prevented federal, state and local legislators from creating new ones.

So think back to times when American lives were very different: when African Americans were property, or when women had no right to vote, or when poll taxes locked out millions of Americans from the voting booth, or when young Americans could be drafted into the armed services yet had no right to vote; and now, when money is speech and corporations are people.

The Supreme Court made every one of these rulings. Except for the last, all of these dangerous propositions have been struck down because Americans responded with Constitutional amendments. Seven of our 27 amendments overturned Supreme Court rulings. Every generation of Americans has used the Constitutional amendment process to overturn the court and renew the American promise.

The problem has been a long time coming, but Citizens United brought the crisis to a head. In 2010, the court ruled that corporations, unions and those with vast wealth have “free speech” rights to spend unlimited money on our elections. As a result, hundreds of billions of dollars from corporations, unions and billionaires have poured into our political process to buy elections, corrupt the government, and control the policies those "elected" officials create.

No legislative reform standing alone can solve this until we overturn Citizens United. The way we do that is to pass the 28th Amendment to the United States Constitution. Americans overwhelmingly support the 28th Amendment to overturn Citizens United, with repeated polls showing support of more than 75 percent of Republicans, Democrats, and Independents.

At the 2018 American Promise Leadership Conference in Washington, DC: 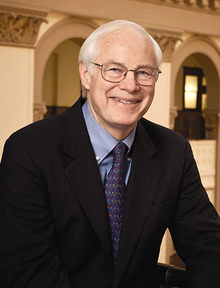 The Constitution begins ‘We the people…’ not ‘We the corporations…’ There is no more compelling case for a 28th Amendment dismantling corporate hegemony than this 3-word premise upon which our Constitution is based.

During the Civil War, the Civil Rights Movement and the Women’s Suffrage Movement, the United States sought and established principles of equal political rights for all people regardless of race and sex.Through numerous Supreme Court rulings, some of those rights have been erroneously granted to corporations, allowing corporations to claim First Amendment protections while spending millions upon millions of dollars to influence elections and politicians.

To vest an inanimate entity with constitutionally protected political rights makes mockery of our individual rights heritage. After all, a corporation, under the law, can be bought and sold. People, under the Constitution as amended in the wake of the Civil War, cannot.

Simple logic shows that corporations cannot and should not be equated to people. Doing so is bizarre and dangerous when applied to political issues.

In parallel logic, for the Court to hold that a corporation is equivalent to an individual implies that it can vote, drive a car, kick a football, read a book, eat, marry, be affectionate, etc. Inversely, it implies that an individual can be inanimate. All of which is nonsense.

Democracy is being hijacked from the people. Corporate spending continues to shift power away from citizens. Politicians work harder to raise money during campaigns than to convince the public that their ideas are best for the country.

The democratic DNA that won World War II, managed the peace that followed, sent astronauts into outer space, sparked creation of the United Nations and the Peace Corps, and led in opening trade, feeding the world, and caring for people at home and abroad is becoming harder to recognize.

But just as Americans have fought to preserve and strengthen our democracy, so too must we fight in reclaiming the idea that all people have a voice in our political processes, regardless of wealth or income.

In an era when idealism in America has come under siege, it is relevant to recall that on the greatest battleground in the bloodiest war in our history, Lincoln at Gettysburg did not affirm support fora government of, by, and for corporations. No corporations were at Little Round Top and Cemetery Ridge. The soldiers who gave their last full measure of devotion did not stand their ground to ensure that corporations could maximize profits. They sacrificed their lives to preserve a union committed to advancing justice for all Americans.

Multiple organizations have come together, all of them in agreement on the objective of removing the influence of big money on our elections. They have signed a Unity Letter acknowledging that there are many paths to the same goal of achieving, of amending the Constitution of the United States to bring about free and fair elections without the corrupting influence of big money.